Why host in Australia ?

Why should I host my site in Australia ?

Since you're probably a small Australian business trying to keep your head above water amongst these multinationals you need to be that step ahead of the competition.

One way you can maximise your chances of doing this is by having your site load faster than the next guy who hosts his site in the United States of America.

When your website is on an Australian server, the data has much fewer steps to take from the server to your valuable customers, and in most cases it's less than 10 to 12 steps. On a USA based server, not only do you have to take many more steps, the simple fact that it is delayed by such a huge jump across the Pacific Ocean whenever website data is transferred.

A much more technical demonstration can be obtained via the several traceroute sites, such as the Telstra Network site.

The key items to note is to compare the ping times (the three groups of numbers at the end of each line, with the lower the number, the faster your site will load).

The second example slows right down at step/hop number 7. Ultimately the last step to the actual webhost is around TEN (10) times slower than in the first example. 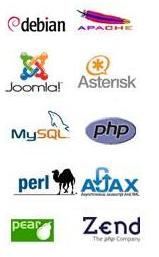